A cup of narcissism to go, please 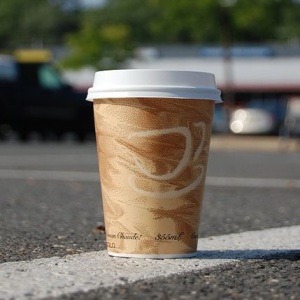 As I sipped my coffee the other morning, the earth-toned cup sleeve burbled a soothing affirmation: “You are here not to shrink down to less, but to blossom into more of who you really are.”

What a sweet little me-fest: “More of who I really am …” Too bad it’s more of what the world needs nothing more of.

For the bulk of middle class caffeine sippers who’ve read it, this bit of squishiness probably sounds OK. What’s not to like about sweetly-worded narcissism? But what if instead of college students and soccer moms, this slogan were pasted on the coffee cups of, say, serial rapists? How much sense would it make then? Does the slogan’s author really want hardened criminals blossoming into more of who they really are?

In pondering the self-indulgence of this quote, I’m led to wonder what John the Baptist would say if he saw it. This was a guy who, when confronted with the truth of Jesus Christ’s (temporary) rise in popularity at his expense, famously said in John 3:30, “He must increase, but I must decrease.” As word of Jesus and His miracles spread, I imagine an American marketer might have told John the Baptist to start strengthening his personal brand. You know, hire a PR agent. Get some press. Work the channels.

As it was, the only channels that John worked were in the Jordan River. The only brand he was interested in promoting was that of Jesus, for whom he was sent as a prophet and herald. Instead of wallowing in squalid self-promotion, John embraced the rich, sacred call of Christ, all the way to his martyr’s death at the hands of the local narcissism champ himself, Herod Antipas.

We can’t swallow the lie of this seemingly benign slogan, “You are not here to shrink down to less.” Actually, yes we are. That’s what John the Baptist understood and the slogan’s author (quite a polished narcissist herself) apparently does not. The world doesn’t need more champions of self. What it needs is more people willing to embrace the sacred call of self-denial.

But what kind of coffee sleeve would that make?

This entry was posted in Culture and tagged coffee, Jesus, John the Baptist, narcissism, self. Bookmark the permalink.
%d bloggers like this: