Blowing up the neighbor’s house with dynamite 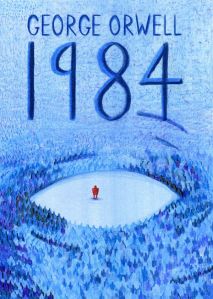 Score one for Big Brother.

By now people have heard and read so much about Los Angeles Clippers owner Donald Sterling’s racist rant that he’s on his way to being old news. For those who’ve just awakened from a coma, the married Sterling blabbed some racist trash to his girlfriend, who secretly recorded it. The recording (somehow!) made into the hands of that paragon of ethical journalism, TMZ, and the rest is public humiliation history.

Within minutes (it seemed) of the comments getting aired, NBA President Adam Silver had banned Sterling from the league for life — a little awkward since he still owned the LA Clippers at the time. That no peer has come to Sterling’s defense is not surprising, given his attitudes toward the majority of people who play in the NBA. That he will likely be forced to sell the Clippers (given a sufficient number of “nay” votes from his fellow owners at an impending meeting) also seems like a natural consequence of his actions.

What is surprising — quite unsettling, really — is that the man made these comments in the privacy of his own home. But even more unsettling to me is the lack of outcry over the illegal invasion of privacy that Sterling now will never live down. It’s as if the ends justify the means.

I don’t like racism. I don’t condone racism. I hate it. I’ve eaten with, traveled with, prayed with, worshiped with and worked with enough people of different ethnic backgrounds from mine, all over this world, to know firsthand how beautiful racial diversity really is. It’s not a buzzword to me. It’s not a political ploy. It’s the living, working reality of my job as a missionary journalist. And I love it.

So I’m not excusing anything racist that Sterling said. If he said those things, and it’s pretty clear that he did, he unquestionably needs to repent. But this is bigger than any one person’s attitude. This is about Americans’ First Amendment right to say anything that doesn’t break the law — to say stupid things that win you enemies, even to say deeply unjust and racist things that make people want to puke. They have a right to say those things, and decent people have the right to ignore them and refute them. We allow such people to have their say so the rest of us can have ours, too. That’s how free societies work. That’s the only way they can work.

But with Sterling, things seem to have taken a turn. It’s as if Sterling doesn’t have the right to hold those views, repugnant as they are. It’s as if he should suffer public flogging for saying those repugnant things in — again — the privacy of his own home.

This isn’t good for our public discourse. It destroys public discourse, because if everyone is afraid of saying something unpopular, then the deeply unpopular things that must be said sometimes to set things right won’t get said because people with those thoughts will be afraid of getting condemned in the court of public opinion with no trial. Just like Donald Sterling did.

If he were alive now, “1984” author George Orwell would probably say he didn’t push his satire far enough, seeing where things have come. An excerpt from the beginning of that novel, in which two children play Thought Police with hero Winston Smith, rings a little too true to the public outcry over Sterling’s non-crimes:

“You’re a traitor!” yelled the boy. “You’re a thought-criminal! You’re a Eurasian spy! I’ll shoot you, I’ll vaporize you, I’ll send you to the salt mines!”

Suddenly they were both leaping around him, shouting “Traitor!” and “Thought-criminal!”, and the little girl imitating her brother in every movement. It was somehow slightly frightening, like the gamboling of tiger cubs which will soon grow up into man-eaters.

Sterling isn’t exactly headed to the salt mines. He’s a billionaire. He’ll be fine. What worries me is why almost nobody I’ve seen (blogger Matt Walsh notwithstanding) is worried about the precedent this sets.

In 1948, when Orwell published his novel, secretly recording the rants of angry old bigots like Sterling was the stuff of spy novels, not real life. Now we have digital recorders and smart watches and tablet apps. Those tools are powerful enough to do a lot of covert damage themselves.

But Orwell foretold of another tool of mass control in”1984″ — the Internet. And that’s where the powder keg of a private racist rant meets wildfire. The Thought Police don’t have to come looking for you now. They have all the evidence they need to hang you dropped onto their Facebook news feeds.

What’s clear from Sterling’s public censure is that we don’t really know how to handle the technology we so dearly love. Powerful weapons demand equally powerful ethics — ethics that we as a culture simply do not have, as the popularity of online rags such as TMZ clearly demonstrates. We’re like kids playing with dynamite, and if we blow up the house of the grumpy old bigot next door while he’s in it, well, don’t tell me not to be so careless with explosives. It was his fault for being such a jerk.

The frightening thing is, this isn’t the end of private comments ruining someone’s public profile. It’s just the beginning. George Orwell, somewhere, is saying, “I told you so.”

This entry was posted in Culture. Bookmark the permalink.
Loading Comments...