Life and death stories are the best 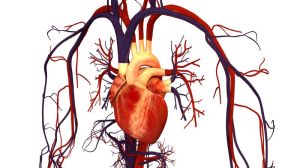 I talked to a statistic today. He’s doing well, all things considered.

My numeric friend has an office two doors down from mine. A few days ago, he survived a heart attack caused by full blockage of his “widow-maker,” the left anterior descending coronary artery. As the name suggests, most people in that traffic jam don’t find their way back home.

As people will, I asked about the incident, and he told me everything: The initial chest pain (“It wasn’t that bad,” he said), followed by extreme sweating and agitation; the call to the EMT’s; the EKG in the ambulance (“And … we’re going right now,” one of the EMT’s said abruptly when the first results popped up); the 85-mph dash to the hospital with his wife in hot pursuit; the first angioplasty, followed by a second a few hours later. The heart surgeon who met them at the door of the ER. Stents. Doctors conferring in his room. His conversation with God in the ambulance (“I know I should want to be in heaven with you, but I’m not ready to go yet …”).

I sat there enthralled. This was life and death and a speeding ambulance. This was a story.

Sitting there, listening to my friend retell his brush with death, I had the thought that this is the type of story that God wants us to tell each other all the time — how life wins over death. Good wins over bad. Evil breathes down your neck, and God swats it away.

Heart attack stories too often don’t end so well. My friend was blessed by God to be sitting in his chair catching up on email instead of lying in state, catching his wife’s tears. But really, wouldn’t he have been blessed either way? Certainly his wife and children and grandkids would have been heart-broken. We all would have been. But my friend’s story has a good ending waiting for him no matter what.

I think that’s why God’s grand story is the best one of all. Everyone who wants the either-or happy ending can have it.