The stream and the banks

Historian and philosopher Will Durant liked to see the big picture. The history of the whole world, for instance. Between the 1930s and the 1970s, he and his wife, Ariel, wrote an 11-volume opus called “The Story of Civilization.” They both died before they could finish it, so the series ends with Napoleon. 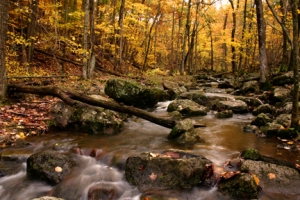 Yet, even when trying to tell the broadest story imaginable, the Durants knew it was a series of small stories, told well – maybe even stories that seemed insignificant at the time. His writing style differed from most historians, who often dismissed him because regular people could read his work and understand it.

Will Durant’s New York Times obituary in 1981 mentioned his efforts to “personify processes and events”:

”We believe that in the last hundred years history has been too depersonalized,” he once said, ”and that statistics have replaced men in the story of mankind. History operates in events but through persons; these are the voice of events, the flesh and blood upon which events fall, and the human responses and feelings are also history.”

In reporting about God’s work around the world, we would do well to remember Durant’s focus. News (and therefore history) is always, always about people. And, if we look carefully, the best stories are found less often in the palaces of kings and more often at kitchen tables, farm fields, hospital rooms and refugee tents. Not coincidentally, the first-century equivalents were the types of places Jesus chose to spend most of his time.

“Civilization is a stream with banks,” Durant once said. “The stream is sometimes filled with blood from people killing, stealing, shouting and doing the things historians usually record; while on the banks, unnoticed, people build homes, make love, raise children, sing songs, write poetry and even whittle statues. The story of civilization is the story of what happened on the banks.”

This entry was posted in Reporting, Story and tagged history, reporting, stories, story, writing. Bookmark the permalink.
%d bloggers like this: